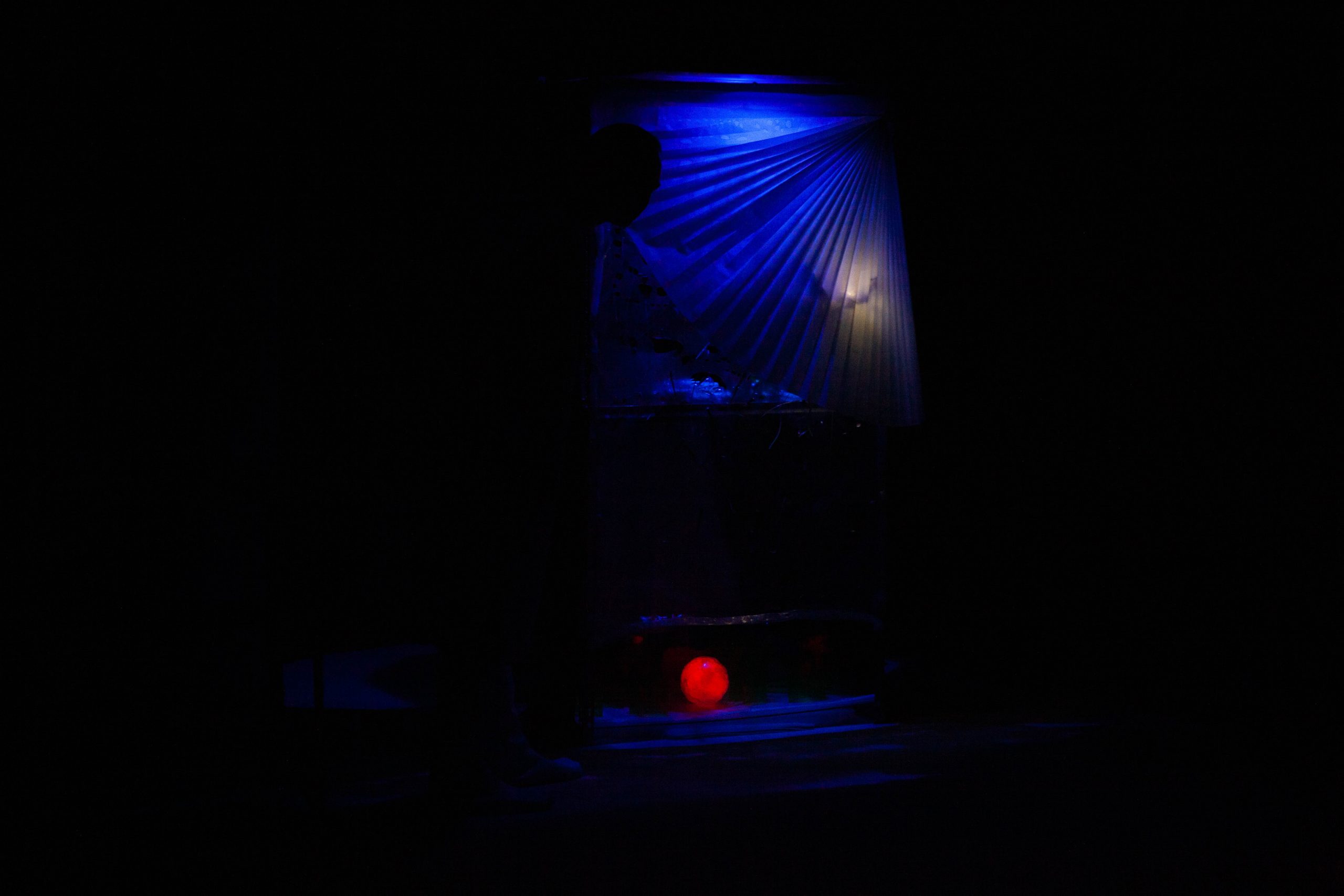 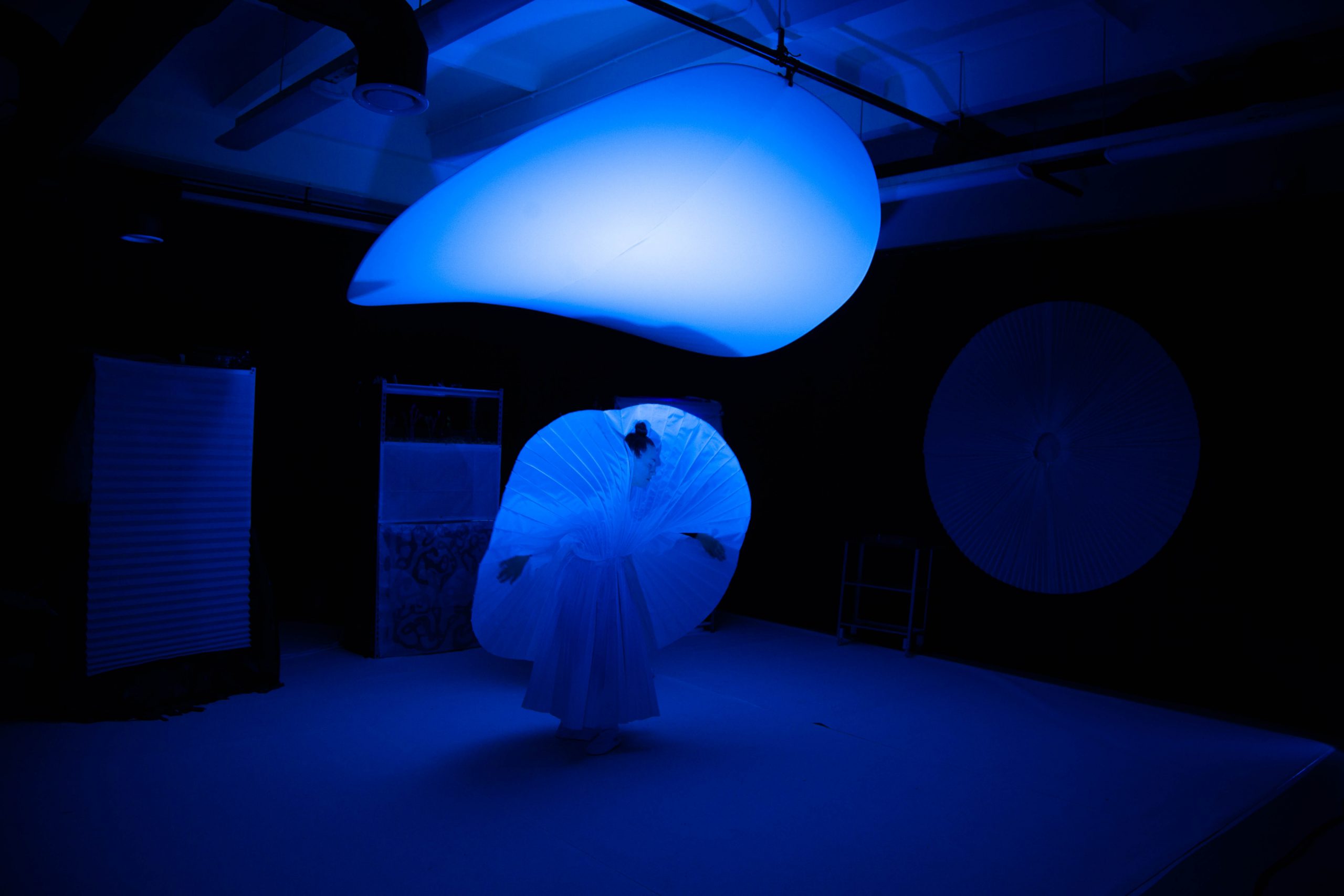 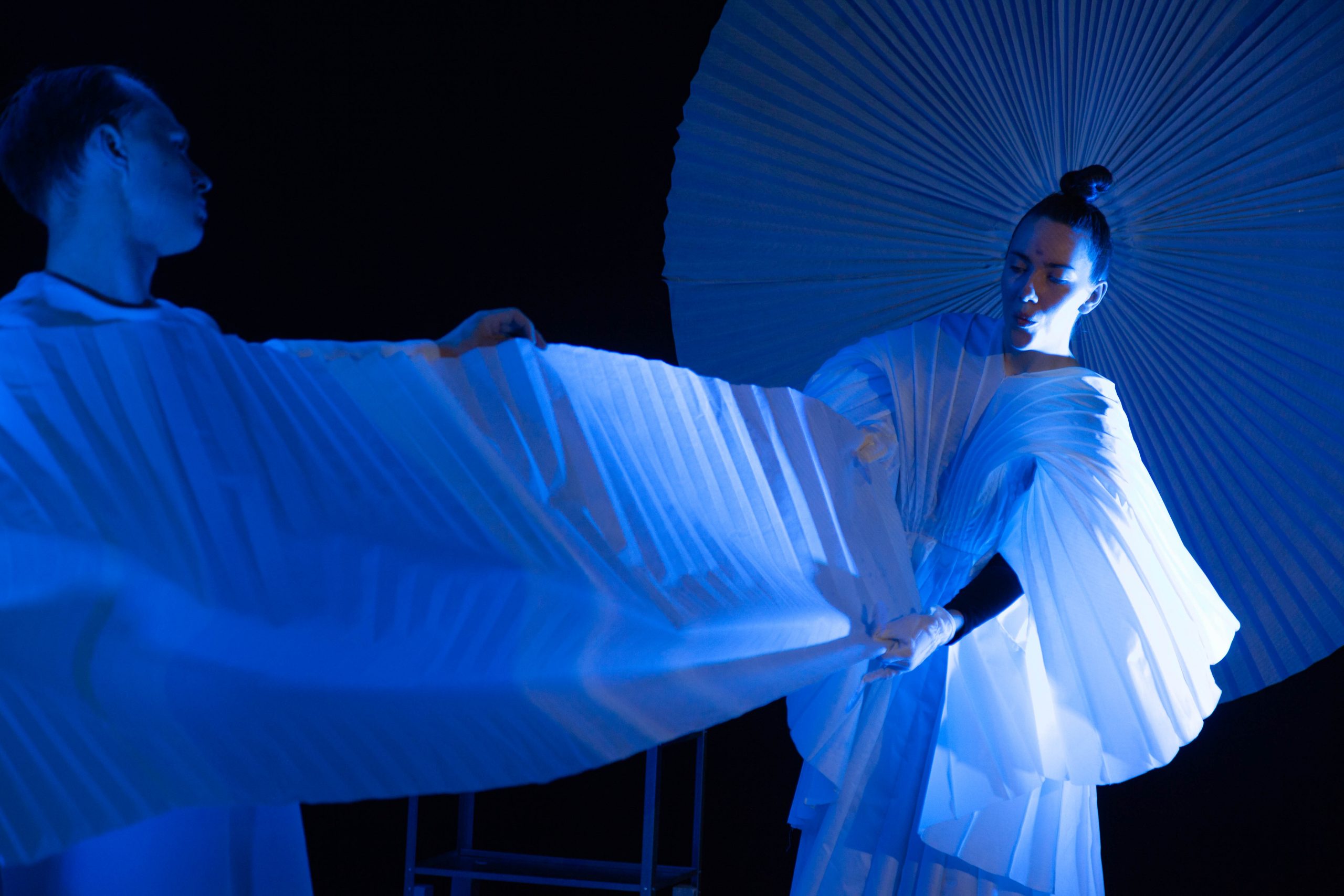 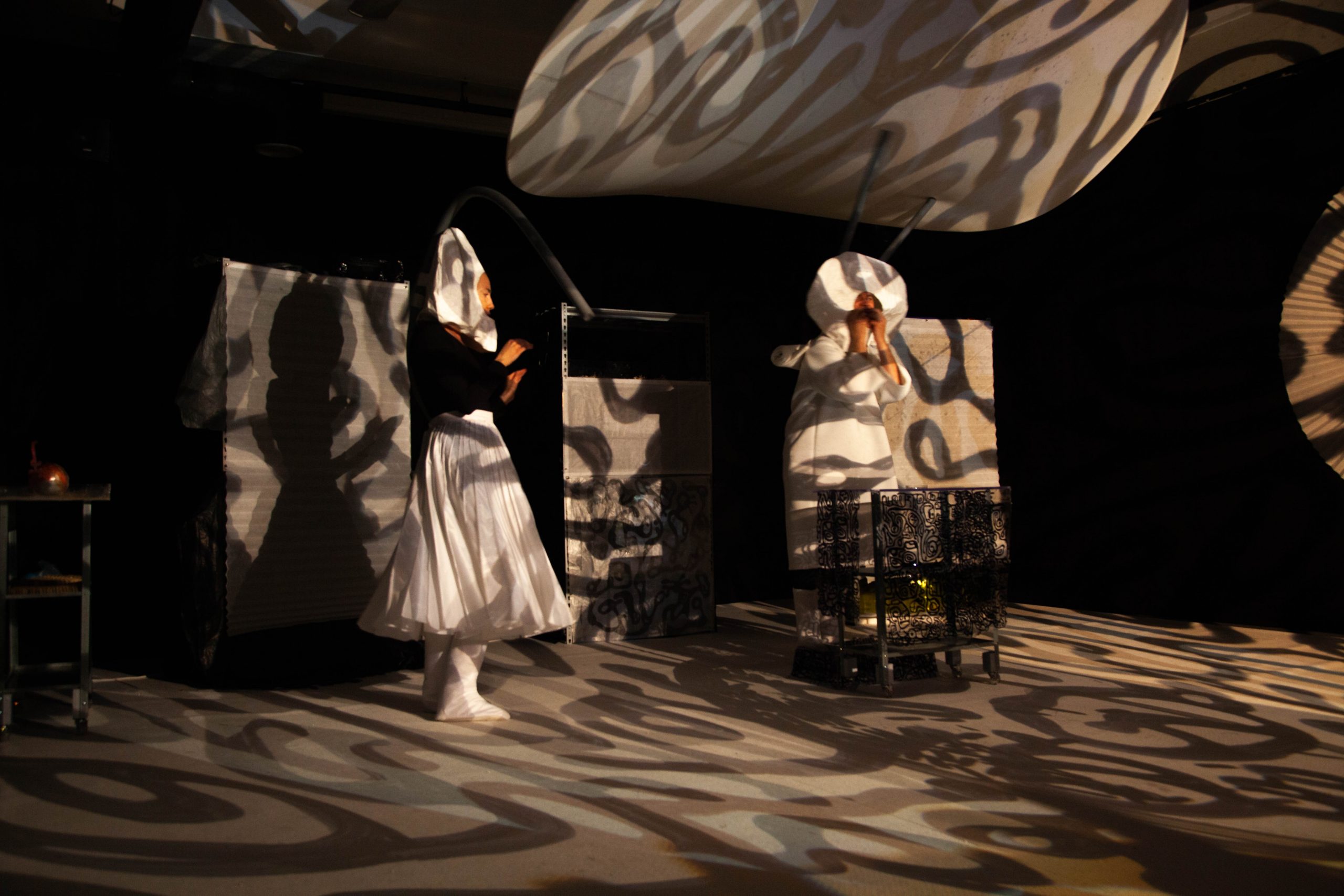 Photos from the archives of Table Theatre

Theatrical installation Soap Opera: Bubble’s Love is a journey through the ages of the Earth, through colonies of bacteria producing oxygen for future life; a journey through different layers of the Earth – from underground to the tops of trees following the life of ants; forms transforming into different ones; forests and oceans full of whales, pilot fish and diving beetles, bees and birds, till the moment we become witnesses of the opening of Pandora’s box, and the World gets devoured by darkness… Such a sad story, but so familiar, as if you were watching another soap opera and want to shout – I know what’s gonna happen! Will the Diving Beetle, who is alive thanks to a slowly deflating air bubble, see another day? Will a huge Biobubble surrounding the Earth and people, consisting of thousands of tiny, but equally important and cute bubbles, stay unchanged? We will hear this story told by the weird folk – perhaps, by aliens from the future who want to warn us, or maybe by time travellers trying to resurrect those long lost with their intricate devices.

Table Theatre is a professional troupe of artists founded in 2004. The goal of the theatre is to consistently introduce the audience to modern theatre trends and means of expression, as well as to pass along the values of literature and performing arts in a creative way. All plays are staged using various objects that come to life during the performances, gain unique character features, voices and destinies. This is an object theatre: a creative idea is translated through things that surround us now or did surround us in the past.

Theatrical installation based on a book Diving beetle, air and water by Ieva Babilaitė